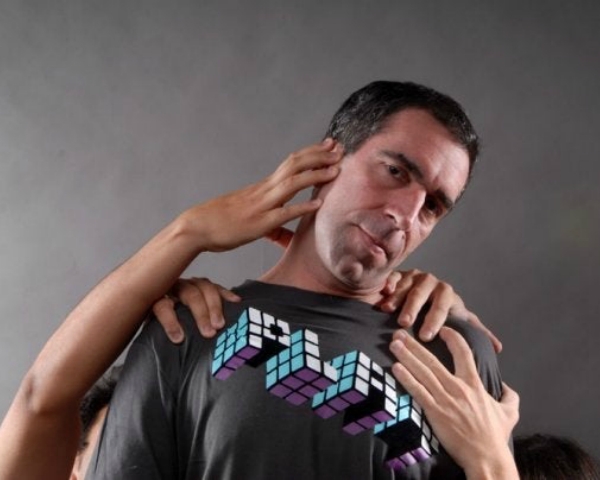 Diego Cid is an international icon. Born in the midst of the 60’s in Buenos Aires, Diego discovered his passion for music and began his peculiar career with the knowledge of other djs from other time periods. Anxious and with much anticipation for the future, his insatiable curiosity gave him a head start along side his other contemporaries. Diego’s seduction by 80’s electro pop created the first sounds of Industrial Techno, making his music distinguishable from other djs. Hence forth, Diego launched into the music scene with much splendor. Likewise, his destiny drove him directly to the explosion of House from Chicago, which he immediately introduced to the Argentine audience.Together with, in Argentina Diego formed a group of enthusiastic followers called technoboys which later became known as Urban Groove, 8 djs that in different ways supported music electronica. Urban Groove generated events, made leeway in clubs, participated in compilations and radio programs that served as the foundation of the music electronica underground.In Europe, towards the end of 2001, Diego began to present himself in diverse cities like Madrid, Barcelona, Amsterdam, Ibiza, and many others. Additionally, Diego began to instate his music release from his own labels in vinyl, which were Luxury Grooves, Huron Records and Minipark. In sum, from his 40 releases in vinyl, 80 percent were local artists from Argentina, thus his drive to support his local artists.In the end of 2005, Diego returns to Argentina to continue his projects, which are to be a producer and dj in music electronica. His first vinyl release is a group he formed in 1991 D+D, with his friend Diego Ro-k.At the moment, Diego resides in Buenos Aires and together with is partner Jey Pee Razz, is in charge of a local label Bperfect Records that has diverse radio shows in different areas of the country.