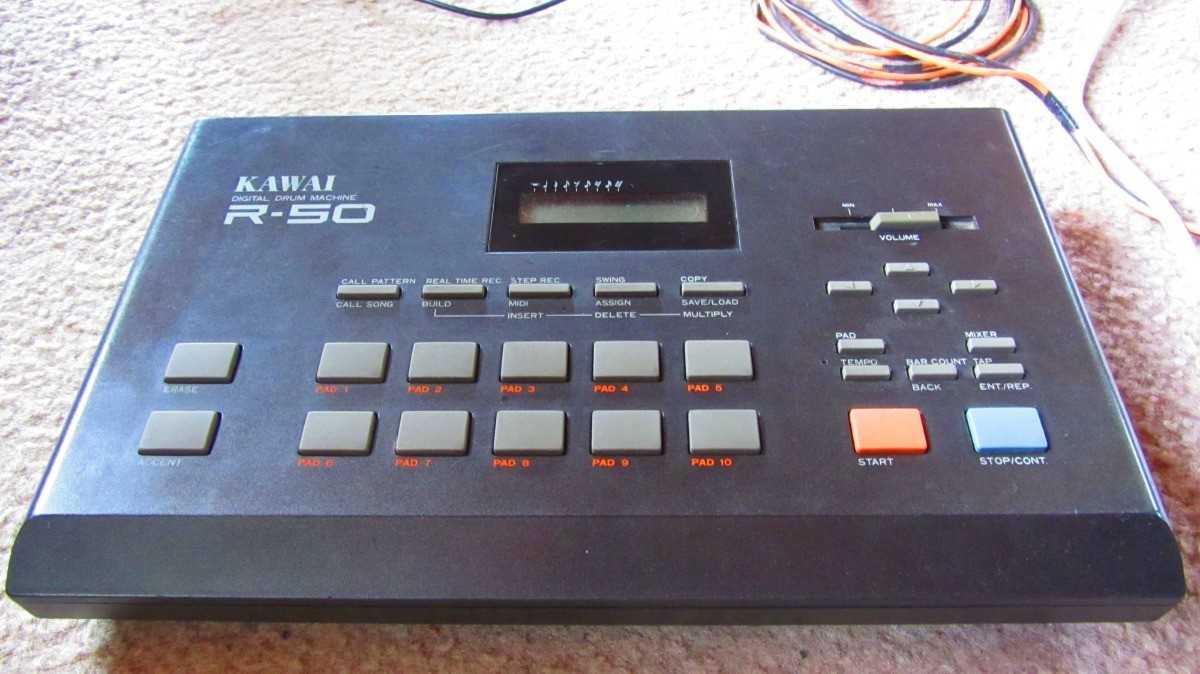 ONLY LAST MONTH, we had a look at Kawai’s first “serious” drum machine, the R100, and found a solid and flexible unit equipped with an assortment of nice-sounding 12-bit, 32kHz-sampled digital percussion voices, dynamic pads, eight individual and two stereo outputs, and a MIDI implementation to rank up there with the best of rhythm programmers. But barely a year after the R100 was unveiled, Kawai have announced the R50, a cheaper unit which improves on the R100 in some aspects and represents a compromise in others.

Most of the guts of the R50 are essentially the same as the R100’s, but with the odd, inevitable exception. For example, the pattern memory has a 1700-event limit and is approximately half the capacity of the R100. This smaller memory may be divided among 50 patterns and 10 songs, and to make life more interesting, Kawai have thrown in 50 preset patterns which may be added to or torn down, but never replaced altogether; instead, the R50 automatically puts the new version of any preset pattern into an available programmable pattern location.
Apart from the memory capacity, the other main difference between the two drum machines is that the R50 provides only one individual output in addition to the standard stereo outputs. Although this may seem like a strange place to save costs, the compromise the single individual output represents is not really that severe, since the R50 lets you assign any instrument to that output, so you can still process, say, the snare or bass drum separately from any instruments panned across the stereo image.

The 24 factory-supplied drum samples are the same, and in fact, Kawai’s new alternative sound ROM for the R100 also works with the R50. Another pleasant surprise is that even though the R50 lacks eight individual outputs, it is still an eight-voice instrument, just like the R100, so you’re not likely to run out of voices too quickly.

The R50’s programming functions are basically the same as the R100’s, and allow real-time or step-time recording, along with variable tuning, volume and panning for each event – meaning you can twist each pattern event into various shapes, sizes, and positions, and do so as often as your patterns require.

To keep the R50’s tiny front panel uncluttered, its controls have been simplified relative to those of the R100. Instead of a ten-key pad, there are two sets of cursor controls: one set positions the cursor within the LCD, while the other changes control values. And in order not to take up front panel space with listings of the internal sounds, ten drum switches provide access to any of 12 sets of drum sound assignments.

Four of these sets are preset; the other eight are user-programmable. Depending on the type of pattern you need to record, call up the desired pad setup, then record. Each setup lets you choose which sound appears on which pad(s), its tuning, volume, panning, and effects.

Effects? Yep. There are three simple digital effects (flange, short delay, and gate) which may be assigned to any pad, so you can have slightly different processing on each drum sound without having to rely on individual outputs to do so.

Considering that the R100’s dynamic pads make that instrument a pleasure to program, the R50 suffers in comparison for not having them. The programmable pad assignment could be put to use to work around this by merely assigning the same sound at different volume levels to different pads. Or you could use the programmable accent level to add dynamics to your patterns, saving pads for more creative sounds.

The R50 also gives you several footswitch control options, including tap tempo (for manually counting in the initial playback tempo), hi-hat open/close control, and “vamp” (for temporarily holding on a pattern within a song during playback).

Kawai have also updated their idea of a drum machine’s MIDI implementation to allow up to 70 user-definable drum events (including tuning, volume, pan, and so on) to be triggered by individual MIDI notes. This last feature in particular makes the R50 well suited for control by another drum machine, or better still, by a sequencer with greater memory capacity.

At this early, preview stage, it seems the R50 is a lot more than merely half an R100, at slightly more than half the price. It offers a lot of novel and useful features for a drum machine in its price range, and looks like making a good drum “brain” for MIDI sequencing systems or home recording setups with limited mixing facilities. 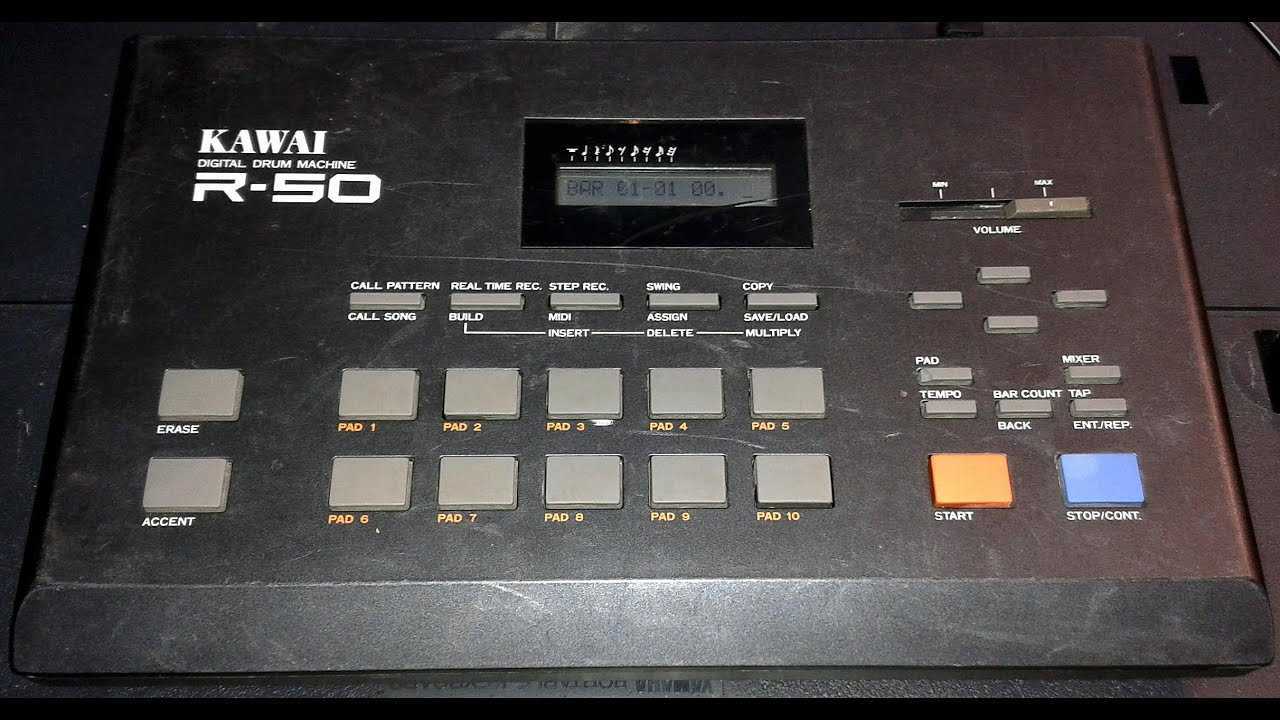