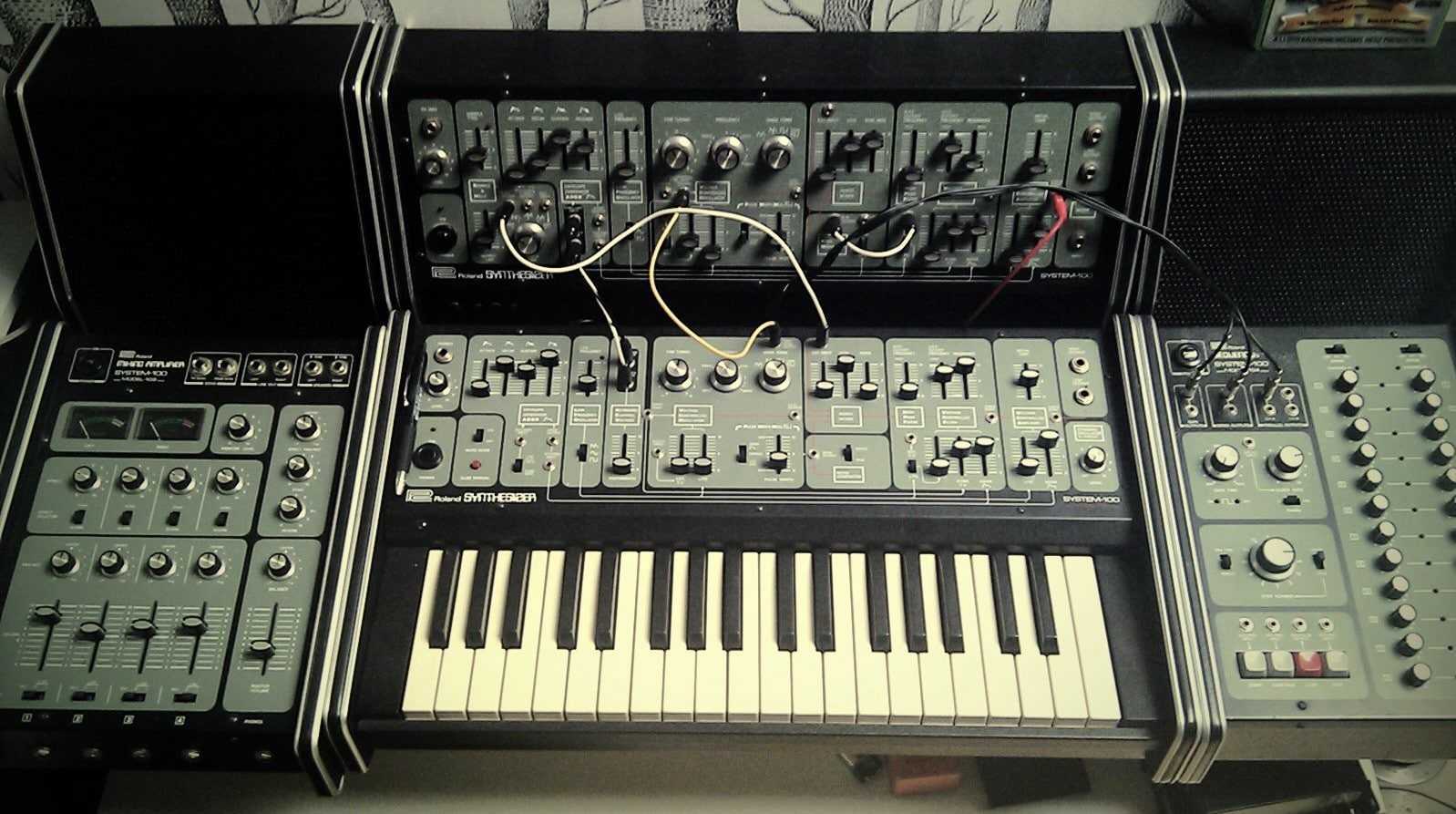 The System 100 is a great and classic analog synth! It’s a beautiful semi-modular monophonic synth consisting of 5 module components: the Synthesizer 101, Expander 102, Mixer 103, Sequencer 104, and Monitor Speakers 109. The Synthesizer 101 section is the heart of the system, from which you could add-on any of the other modules of your choice. Different combinations of these components can be used to create systems of varying potential.

The Synthesizer 101 section is a fully self-contained analog mono-synth. It features a 37-note keyboard (with no performance controls, velocity or aftertouch), and lots of sliders to tweak. Its design is similar to the SH-series analog synths. Controls for the VCO, LFO, VCF lowpass/highpass filters, VCA with ADSR, Noise, and Portamento/Glide effects are all within hands reach. There’s also a handy A-440Hz tuning oscillator, like on the Minimoog.

The Expander 102 section is a keyboard-less version of the 101, designed to stand upright and behind the main Synthesizer 101. More than one Expander 102 can be added to make your system fatter and fatter! The Expander is identical to the Synthesizer except that it replaces Portamento/Glide effects with a Sample-and-Hold feature for the LFO, the Noise gen. is replaced by a Ring Modulator, and the A-440 tuning osc. is replaced by weak/strong sync inputs and a mix-in jack. The Expander is an excellent way to add more oscillators and synth effects (the s&h and ring-mod) to a System 100. The oscillators can be synced if you have both modules. The 101 & 102 are already internally patched and ready to produce sounds, but that can be bypassed by external patching.

The Mixer 103 is a cool add-on. Features 4 inputs and 4 sliders, and mixes these down to 2 outputs. There are two analog VU meters (a nice touch) as well as panning, mono effect sends/returns, and a built-in spring reverb! The Model 103 is designed to sit on the right side of the System and feeds the Monitor Speakers. The speakers provide a stereo monitoring source which is another great (optional) touch! The Mixer not only has outputs for these speakers, but also Line-Outs for use live or in the studio! On the left side of the System sits the Sequencer 104. This analog sequencer can be used to drive your System with a 12×2 step pattern sequencer. It features variable gate time, series or parallel modes, Start, Stop, Continue, and Step buttons.

The System 100 is a great sounding analog system with the classic vintage Roland sound. Although it is itself an impressive system, Roland took the concept a step further developing additional modules for the System 100m. Although the 100m has greater patching freedom, it doesn’t sound as warm as the 100. Apparently the 100 has the same filter chip as a TB-303, but it certainly doesn’t produce the same sound, the System 100 sounds better! Whatever configuration you find a System 100 in, they are all powerful, warm, and useable machines!

2
I oversees the content presented on websites and blog Right Music, and may also be responsible for creating, editing, posting, updating, and occasionally cleaning up outdated content.
Comments: 1Publics: 341Registration: 25-11-2017 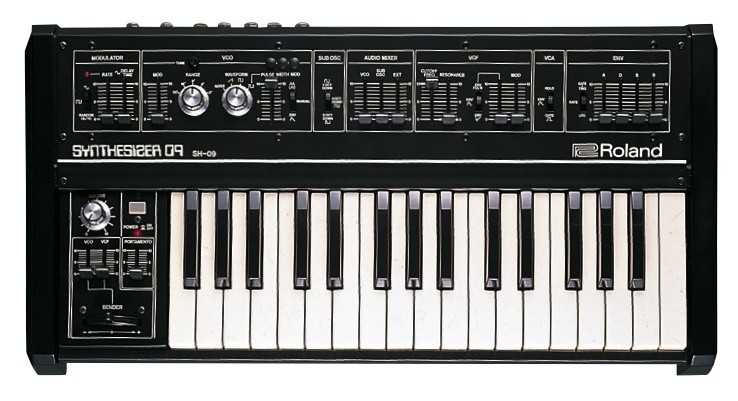