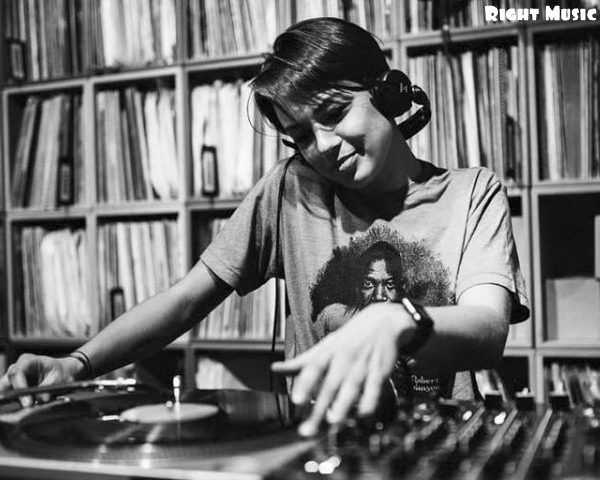 I was born in a small village in the east of Ukraine to a normal family. Nobody was a musician in my family and there was no opportunity to obtain musical education. But I loved to dance and danced well. I finished school in my dear little village and then went on to the university of Donetsk to the Marketing faculty. I immediately found my first job as a dancer in the best club of the city. After some time, this was not enough anymore, and I wanted to move forward, so I began to spin. That was 2005. In 2006 was the first time I came to Kazantip. Since then many things have changed. I changed.  I worked in Kazantip since 2006 until 2011, playing in different parties, managing the studio of the infamous KISS FM radio station, where I also have my own radioshow. Now this weekly radioshow of mine is called ‘Propaganda’, which is also the name for my new label, launched recently in 2013.  Since 2009 I have been touring frequently. Became a resident of Arma17 (Moscow), FUSE (Brussels), Ampere (Antwerp). In 2014 was the first edition of my festival called Strichka in collaboration with Closer Club in Kiev. I am not a producer. I am a real DJ. Although producing doesn’t really interest me – I know that my best skill is at mixing records. I love my hobby, which transformed into my profession and my way of life during recent years. My aim is to see as many people as possible on the dancefloor and to dance with them, leading the mood with what unites us all – music. I am what I do.