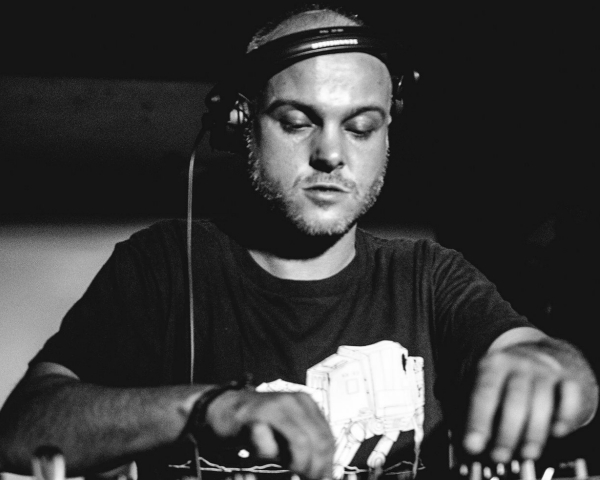 Cyd Dokiro AKA Cédric Decroupette DJ from Liége – Belgium has always vibrated to the rhythms of techno – dark techno. His musical journey began in 2003 when he invested in Technics turntables. In a short time he found himself behind the DJ booth of the Phoenix Club in Liège where the audience was more than reactive. There is a chain of bookings at the Soundstation for the Lick My Bass concept, for which he becomes a resident. Then won a DJ contest at the Double Deuce in Luxembourg, which allowed him to play with artists such as Dave Clarke, Miss Djax, Eastone. He is undergoing training at S.A.E. Brussels in Electronic Music Producer.Around 2010 he became resident for several years for the DFC concept. Currently, a resident for the B-Side concept in Liège & regularly invited to play at MTKlüb. He shared the turntables with artists such as Terence Fixmer, Ortin Cam, A.Paul, Fatima Hajji, Gayle San, Elton D, Dj Murphy, Christian Fischer, Tom Hades, Angy Kore, Vipper XXL, Dimitri Andreas, Michel de Hey , Slim Khemiri, Carbon 14, Line Graamps, Mr Binj and many others. Focused on the composition with his very specific touch, he recently signed his prod on Lipstick On Records & Right Music Records & an upcoming EP will soon be released. Suffice to say that 2020 sounds like a culmination for Cyd Dokiro. Raised since the 2000s by techno in all its forms.