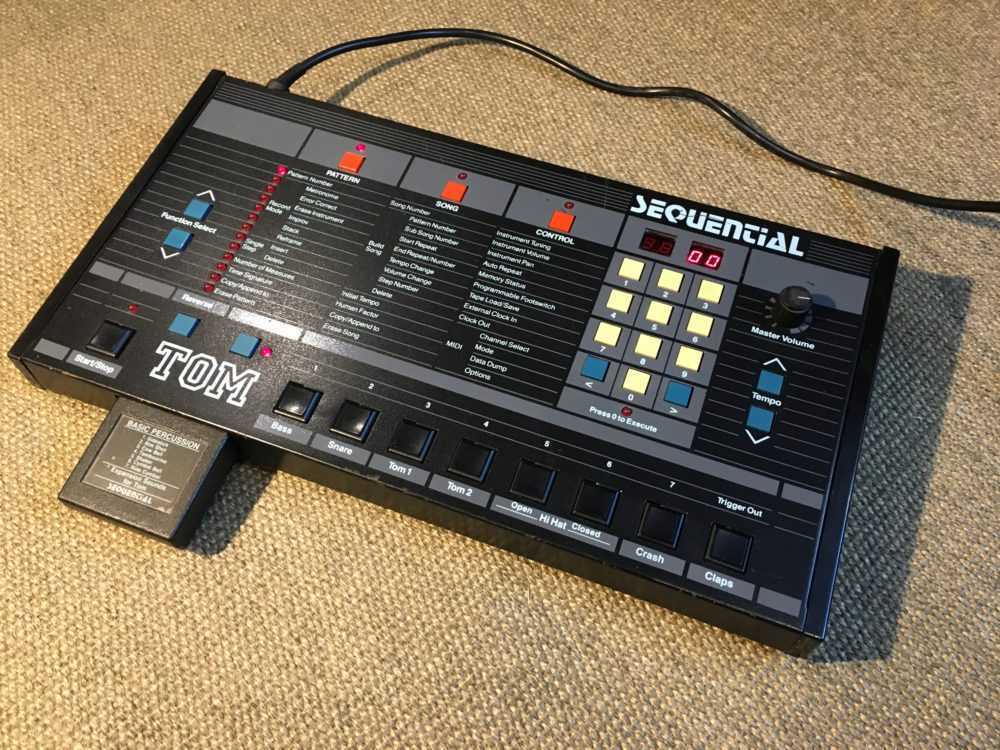 In 1985, the TOM was a really advanced drum machine, fully programmable and featuring digitally recorded drum sounds. It is similar to the DrumTraks, but much more advanced. Its sound fidelity is very electronic and it offers just eight of the most basic drum kit sounds. However, each drum sound has a much more flexible tune control than any other drum machine of its time, allowing you to change cymbals into gongs, for example. All sounds can also be layered, allowing for chord-like drum tones, tom rolls and all kinds of wacky sounds. You can also play its sounds in reverse and program the pan position and volume of each sound. Sounds on EPROM cartridges can add up to eight additional drum tones for different sounds. This machine is also MIDI equipped, able to transmit and receive all of its controller information including volume and tuning.
TOM’s sequencer allows you to record rhythm patterns in real time or step time. It can store up to 99 patterns and each pattern can be up to 99 measures! As many as 99 patterns can be linked to form Songs. Sequencer memory holds 2,300 notes, but factory updates were available to upgrade that to either 5,000 or 10,000 notes – something to be aware of if looking to buy one of these. The TOM’s memory is also retained via internal battery backup when powered down – these batteries had a 5-year lifespan. Program memory could also be saved/loaded to casette tape.

The TOM also featured an “Improv Factor” to create drum fills which can add variation to your patterns. TOM’s “Human Factor” allowed you to program minor changes in the tuning and volume of your patterns for a ‘humanzied’ feel – before that term existed in the sequencing lexicon. The TOM also had a “Reframe” function that let you change the location of the down-beat in your pattern at the touch of a button.
In its time, the TOM was very advanced for a drum machine. Its only let-down was the quality of its sounds, which are nowhere near as warm or nostalgic as the Roland TR-X0X machines or the Linn Drums. 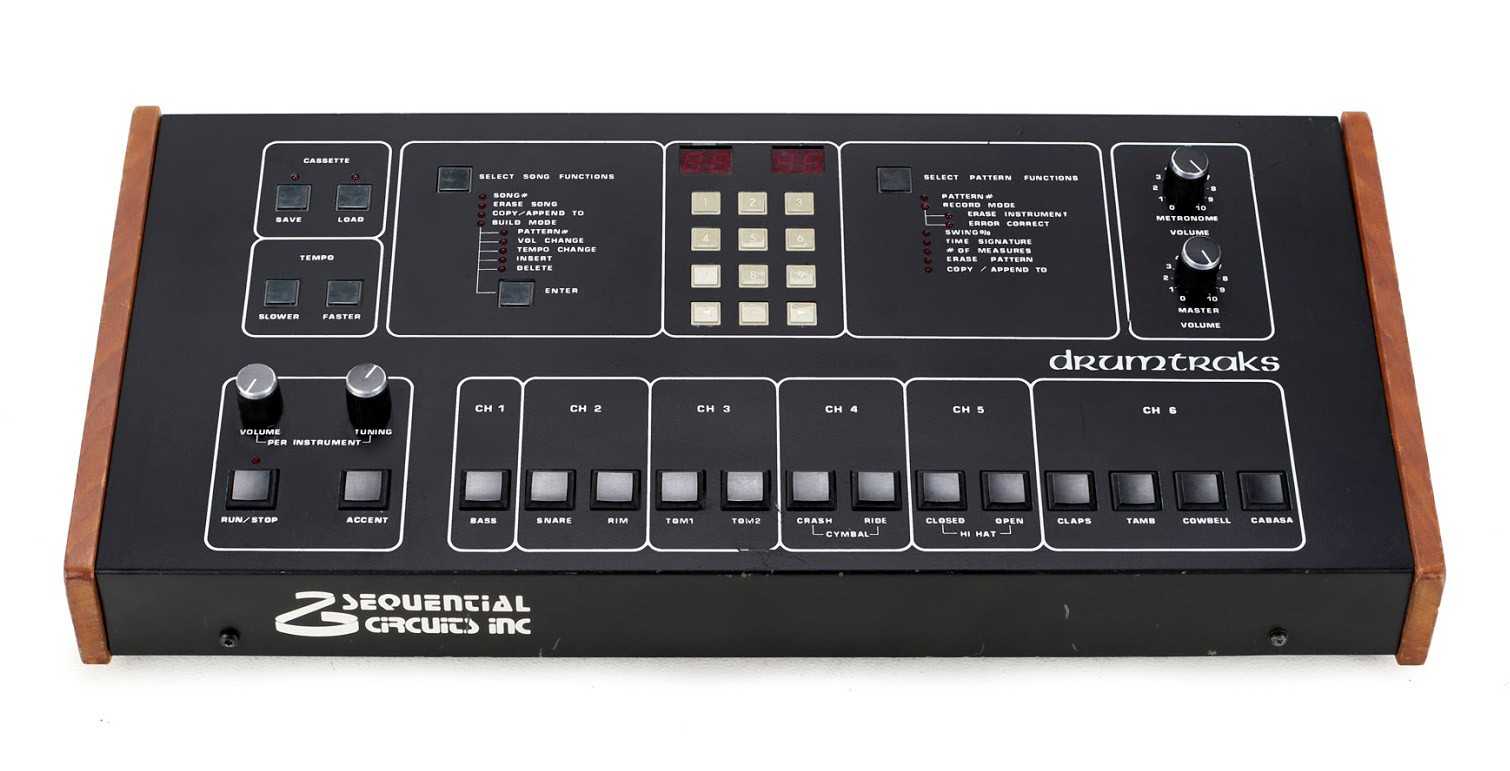 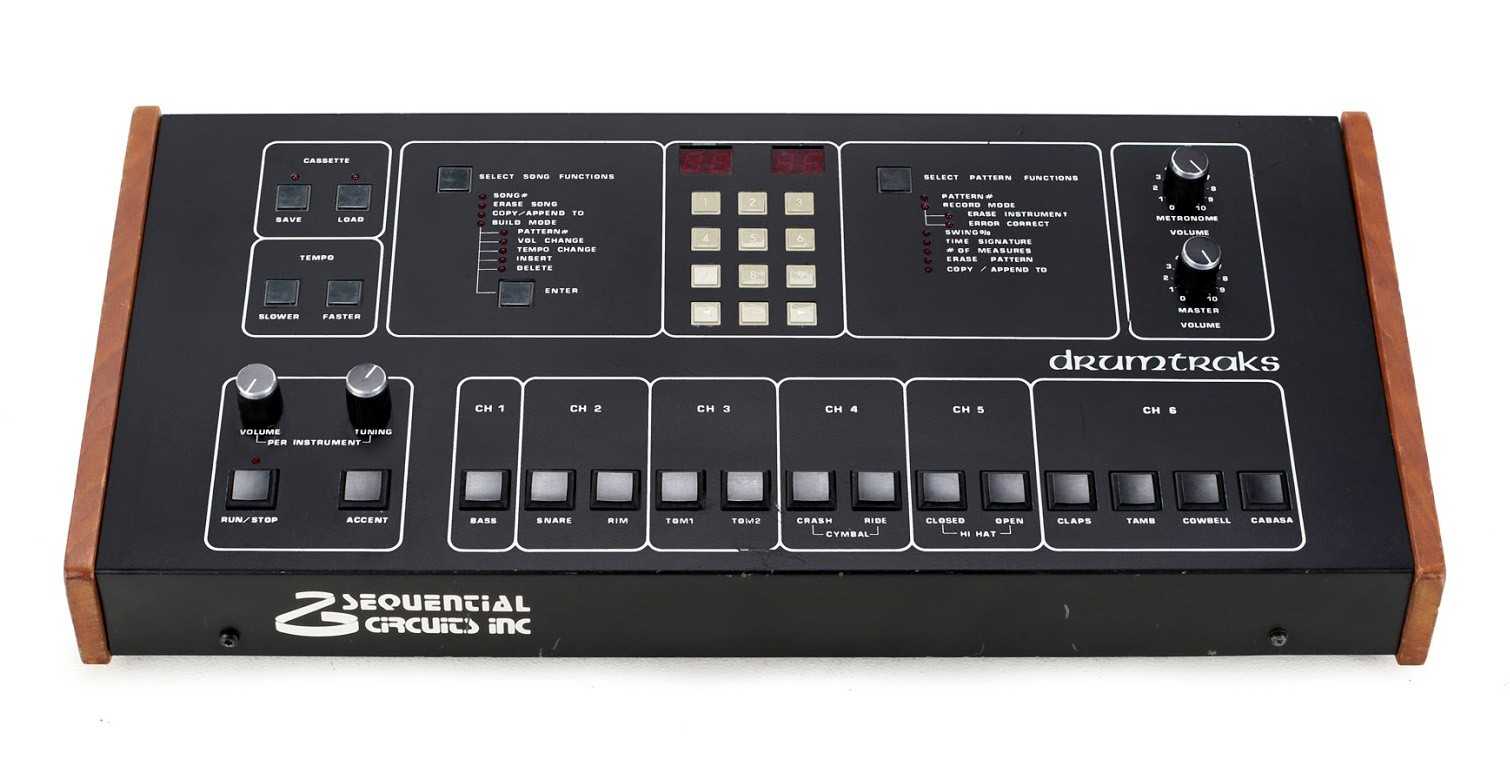