The EX5 features a unique Extended Synthesis system which incorporates a number of the most advanced tone generator technologies currently available…plus a full-featured sampling system. It offers a Four-Element Voice structure which allows for up to four independent waves from any of the tone generators. The tone generators implemented here include AWM2 (Advanced Wave Memory) Synthesis, AN (Analog Physical Modeling) Synthesis, FDSP (Formulated Digital Sound Processing) Synthesis and Virtual Acoustic (VL) Synthesis. According to Yamaha:
“AWM is Yamaha’s original system for effectively using sampled waveforms in synthesizers and tone generators. The strength of AWM synthesis lies not only in its extraordinary ability to “shape” and control the sound of the samples with a comprehensive system of envelope generators, filters, key scaling parameters, modulation, and more. AWM voices can have from 1 to 4 AWM elements. Each AWM element can use a preset wave or a sampled waveform. The ability to combine AWM elements means that you can, for example, combine separate samples for the attack and sustain portions of an instrument’s sound, with independent control over each.
Yamaha AN Synthesis (Analog Physical Modeling) offers all the benefits of traditional analog synthesis with the stability, reproducability, and precise control of digital technology. It is capable of accurately reproducing the sound of classic analog synthesizers without patch cables, setting charts, or the frustrating instability that was the bane of the analog age. A standard (Poly) AN voice can have 1 AN element and from 1 to 3 AWM elements. Classic analog synth type sounds can be created with the single AN element alone. AWM elements can be added as necessary to “modernize” the sound.
FDSP adds a sophisticated note-dependent effect processor to the basic AWM synthesis system. In contrast to a stand effect stage, the FDSP synthesis stage uses individual note and velocity data to control effect parameters, thus making it possible to simulate the characteristics of a number of real-world musical components, as well as produce totally new effects. FDSP can produce totally new sounds that are responsive and “alive”. FDSP voices have from 1 to 4 AWM elements with an FDSP stage between the elements and the main effect stage. The FDSP stage can be applied to any or all of the AWM elements used, as required.
Yamaha’s Virtual Acoustic (“VL”) Synthesis tone generation system applies sophisticated computer based “physical modeling” technology to musical sound synthesis, accurately simulating the very complex vibrations, resonances, reflections and other acoustic phenomena that occur in a real wind or string instrument. VL voices can have 1 VL element and from 1 to 3 AWM elements. The VL element can be used alone to emphasize the full realism and expressive power of the VL tone generator, or with added AWM elements for thicker textures.
The EX5 allows the AN and FDSP tone generator systems to be combined in “AN + FDSP” voices which can have 1 AN element and from 1 to 3 FDSP elements. The FDSP stage can be applied to any or all of the AWM elements used, as required.”

For downloading our archive Samples you need to log in
Loading...
The EX5 also features sophisticated sampling capability. Samples can be used in AWM voice elements or mapped to and played via individual keys of the keyboard using the Key Map mode. It is also possible to sample internal sounds created in the EX5. The Sample mode has all the features you’d expect from a professional sampler and is compatible with WAV, AIFF and AKAI formats. Sampled waveforms can be saved to floppy disk or to an external storage device via the optional ASIB1 SCSI Interface.
The features don’t stop there. Six Controller Knobs can be assigned to a wide range of parameters for extraordinary real-time control capability along with the Pitch wheel, two Mod wheels, assignable Ribbon Controller and Scene memory buttons. Two types of full featured built-in Sequencers are on-board. A 16-Track Song Sequencer has real-time play effects and “groove” quantization. An 8-Track Pattern Sequencer has most of the functions and features of the 16-track song sequencer, but is more suited to the production of drum tracks, dance grooves, or other frequently used phrases. There’s also a great 4-track Arpeggiator with 50 preset and user patterns.
Top-quality digital effects processors of two types are onboard. The “System” effects includes two separate effect units: Reverb and Chorus. Independent reverb and chorus settings can be made for each voice in the Voice mode, and for each performance setup in the Performance mode. Two “Insertion” effects provide up to 79 additional effects like chorus, distortion and overdrive, amp simulation, auto wah, equalization, delay, reverb, and other effects.
Use the 16-part Performance mode to create elaborate sequences, layer sounds and so on. Different parts can be assigned to different areas of the keyboard, there are up to 16 zones. The EX Key Map mode allows you to assign individual samples, patterns, or pattern tracks to different keys of the keyboard. These can then be played or triggered from the keyboard or an external sequencer or other MIDI controller. Every knob and controller on the keyboard sends and receives MIDI data in real-time. 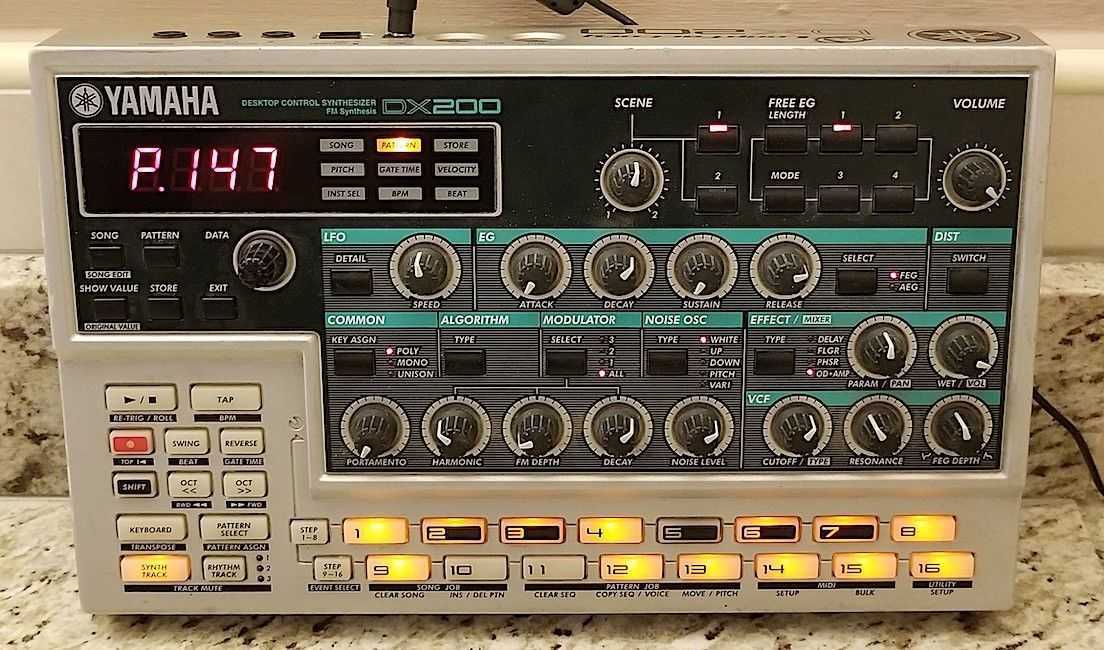 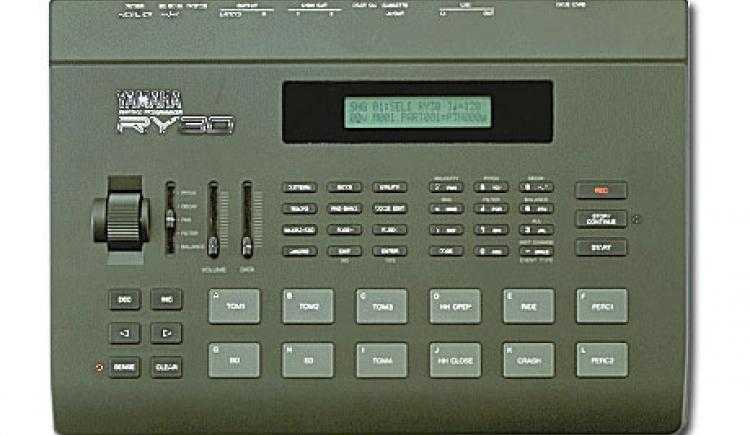 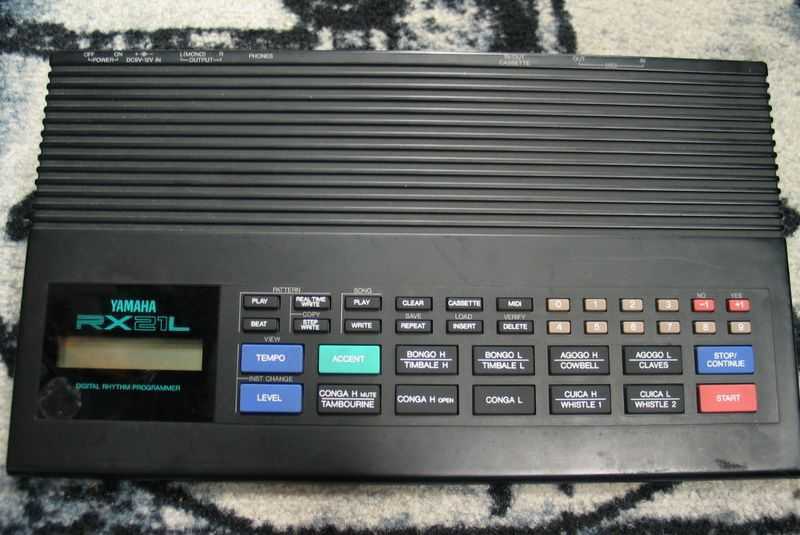