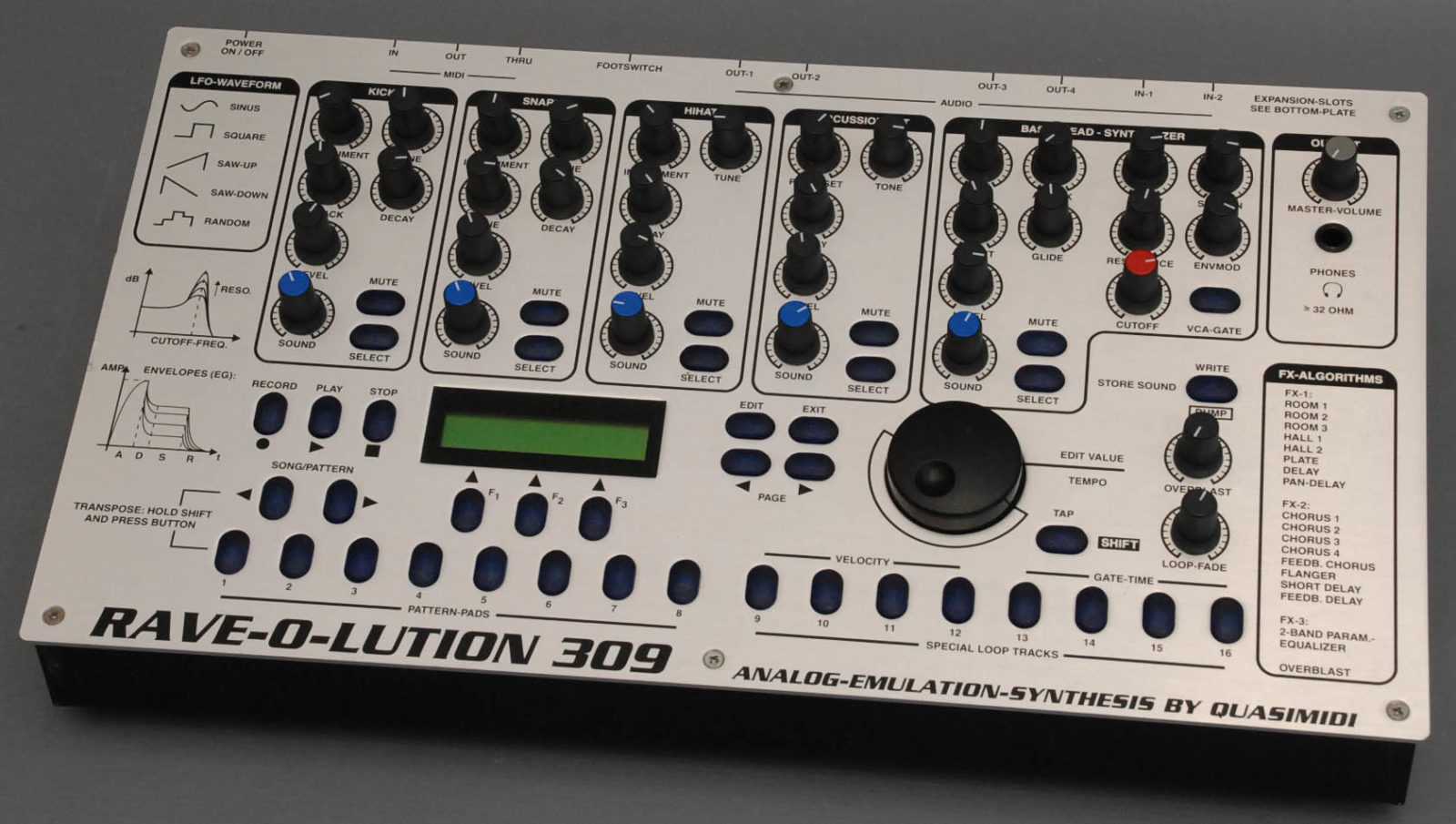 The Rave-O-Lution is a stand alone groove box that has taken the techno world by storm. Very popular among DJ’s for live performance and interaction with the audience! It features a very advanced sequencer and a host of excellent analog and electronic drum and bass synth sounds. The 309 is very intuitive and easy to get started using. Play with the patterns or make your own. All real-time tweaks can be recorded into your sequence for later playback!

The 5 part multitimbral feature is the secret to this units power for live and interactive performances. The 5 separate parts are Kick, Snares, Hi-Hats, percussion and bass synth. During your performance you can mute any of these parts to drop the beat or isolate the kick, thus building or lowering the groove and your audiences energy! A plethora of knobs offer quick and easy access to filter and envelope modulation for shaping and morphing the music. The 309 is also well suited for studio work with complete MIDI implementation that includes all real-time controls and knobs.
The 309 is truly an instant dance machine! It sounds great for analog emulation synthesis! It looks pretty cool and comes from a company that knows all about Trance and Techno music. The Rave-O-Lution 309 is an obvious choice for anybody seriously looking to get into dance music with an affordable all-in-one box that will grow and remain useful in your studio and music for as long as techno is still around! It has been used by Apollo 440, Nine Inch Nails, and KMFDM. 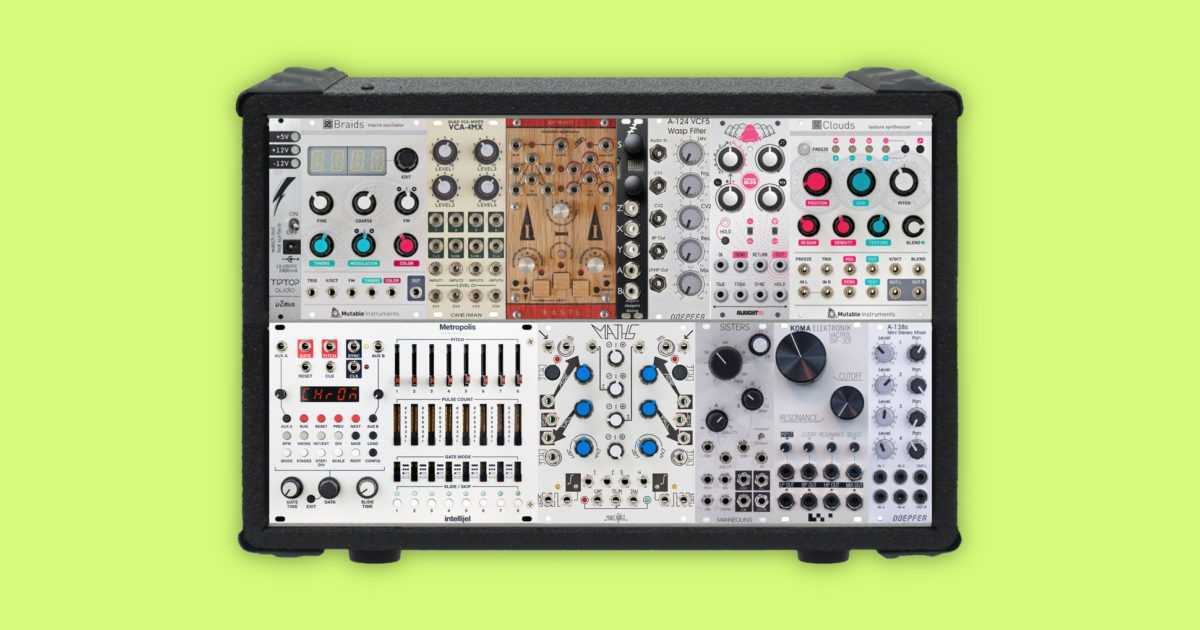