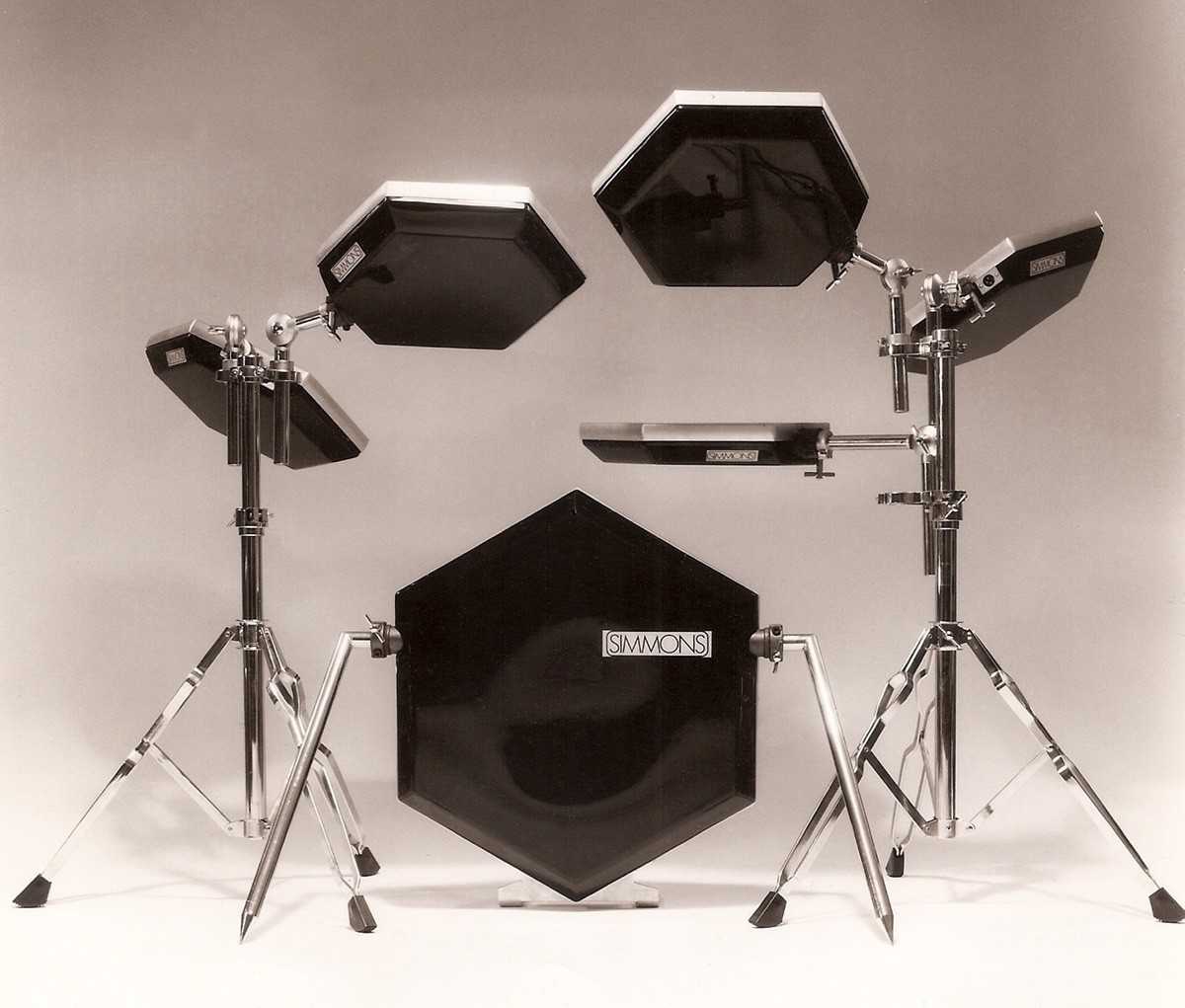 The Simmons SDS 5, SDSV, or Simmons Drum Synthesizer (notated as SDS-V on the following) was the first viable electronic replacement for acoustic drums. It was developed by Richard James Burgess and Dave Simmons, manufactured initially by Musicaid in Hatfield, UK, and commercially released in 1981. After Musicaid went bankrupt, Simmons set up a new manufacturing company under his name, Simmons.
Burgess pioneered the use of the SDS-V, triggering the prototype version with a Roland MC-8 Microcomposer in 1979 to make Landscape’s groundbreaking computer-programmed futurist album From the Tea-Rooms of Mars… To the Hell-Holes of Uranus. Burgess’s original concept had been to make a machine which could be played by a drummer as a replacement for acoustic drums. This idea was developed from dealing with the problems of audio spill via the microphones on a live stage and was fleshed out via an article he wrote for Sound International Magazine in 1979 called “Skin and Syn”. He finally recorded the first example of the SDS-V to be played by a drummer in 1981 when he produced the Spandau Ballet hit, “Chant No. 1 (I Don’t Need This Pressure On)”, featuring John Keeble on the now famous hexagonal pads and the first production SDS-V ‘brain’, which immediately became popular with several 1980s musicians.